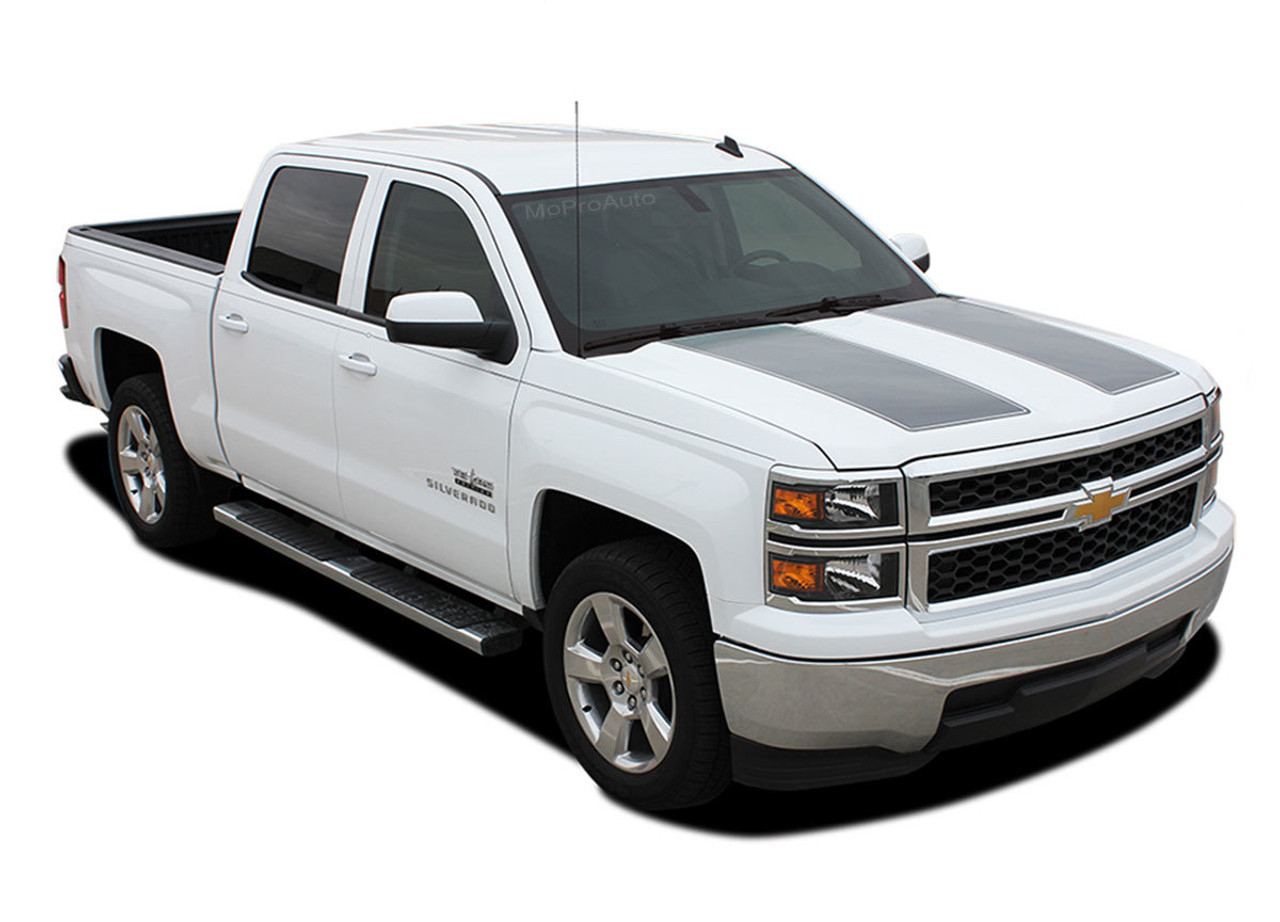 Now you have options to add exterior accessories on today's modern Chevy Silverado 2014 2015 muscle car and truck vehicles with these accent vinyl graphic striping and decal kits, at more than half the price of factory vinyl kits.