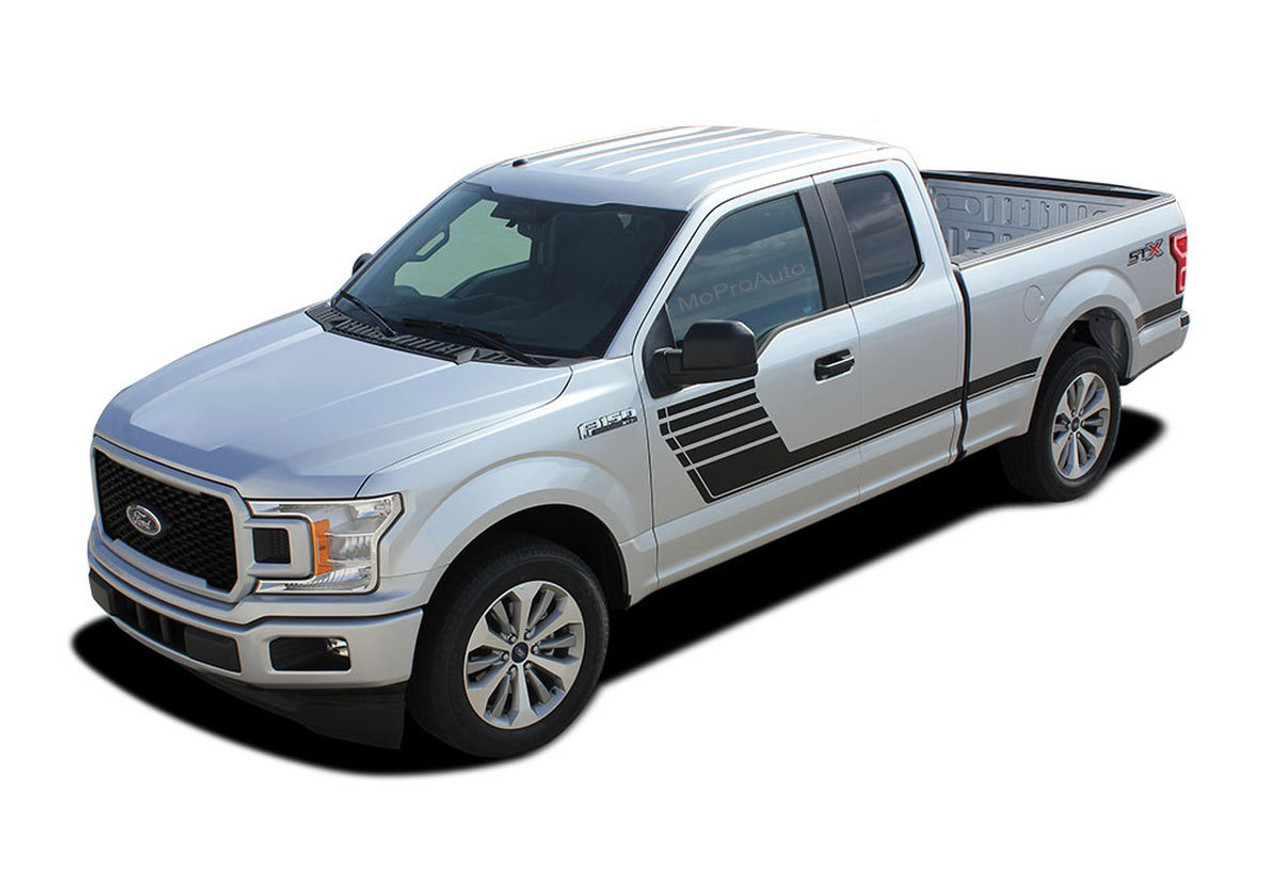 Now you have options to add exterior accessories on today's modern Ford F-150 2015 2016 2017 2018 2019 trucks with these accent vinyl graphic striping and decal kits, at more than half the price of factory vinyl kits.

You have invested much time, effort, and money into your new Ford F-150, and if you are looking to add vinyl striping you want the best your money can buy for your new vinyl graphic decal kit. Why spend hundreds of dollars more on OEM vinyl graphics, when you can have the same quality and same OEM look at a fraction of the cost! AutoStripeKits Pro Series is a fast way to get car decals on your new Ford F-150 series model, especially if you need Ford F-150 stripes, F-150 Series decals, Ford F-150 vinyl graphics or Ford F-150 racing stripes. Not only that, we ship most orders within 24 hours! So if you order your Ford F-150 stripes today, then they can be on the way direct to your door tomorrow!

Our AutoStripeKits Pro Series combines over 50 years of experience from our staff of professionals, and we are commitment to quality and value for your money. These vinyl decal kits are designed to last for 5 to 7 years or more if properly taken care of, so these Ford F-150 stripes and Ford F-150 decals are made to last!